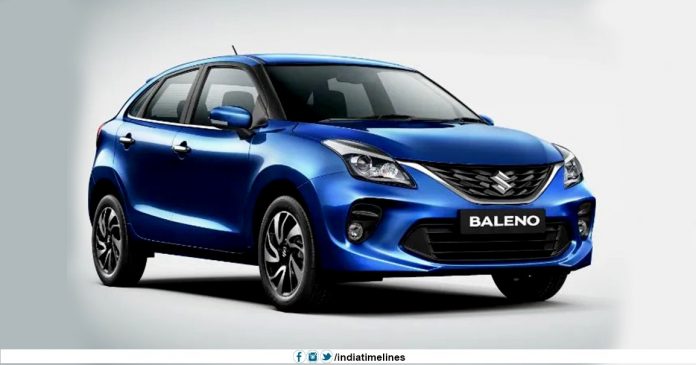 Toyota Glanza (rebadged Maruti Baleno) launching in June 2019: Toyota Glanza will be available in two trim levels – G and V – both available with manual, as well as automatic broadcast. The car will be available in five color options – Gray, Red, Blue, Silver, and White. Toyota’s discounted Maruti Suzuki Baleno will get a modified front grille with a ‘Toyota’ logo. The overall design will be similar to the quality of the sheet metal and the inner Baleno. That source said the source shows that six logs on exteriors in Glanza will be on Toyota’s logo and a steering wheel.

Toyota is working on the rebased version of Maruti Suzuki Baleno, which is likely to be named Toyota Glanza. However, Toyota does not officially confirm the name of its premium hatchback. According to our sources close to the manufacturer, Glanza will be launched in India on June 16th. Booking is just about to begin, and the source tells us that more details will be out on April 26.

Powering Toyota Glanza BS-Vi Complaint will be a 1.2-liter K12B petrol engine that generates 83bhp and 113Nm. It will be available with 5-speed manual gearbox and CVT. There will be no diesel motor on offer. Yesterday, Maruti Suzuki introduced a new 1.2-liter dual-jet engine with SHVS at Baleno. However, we are not sure that Toyota will get this engine in Glanza in the future. For the latest updates, you can visit www.indiatimelines.com

Apart from Glanza, Toyota will also offer a rebased version of Ertiga, Ciaz and Vitara Brezza. The company is also developing a new C-segment MPV with Maruti Suzuki. The prices of Toyota Glanza should be slightly higher than the Baleno. After Glanza, Toyota Vitara will also launch a rebased version of Brezza, while Suzuki will bring its own version of Corolla Altis. Both carmakers are also co-developing a new MPV, which will sit between Ertiga and Innova.