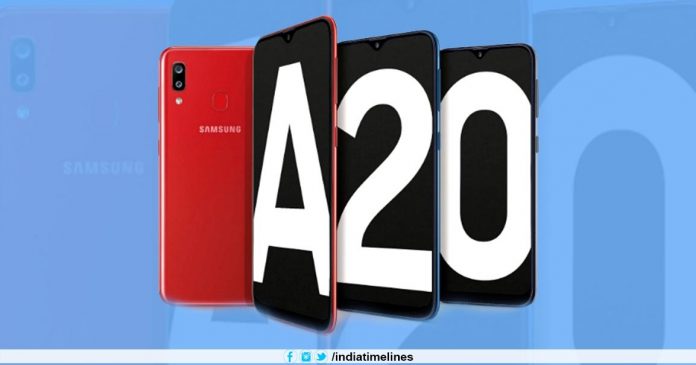 Samsung Galaxy A20 to Go on Sale in India for the first time through several Platforms today. The latest budget of the South Korean Consumer electronics  Giant in included in another offer in the Smartphone 2019 Galaxy A-series Line up. The Galaxy A20 sits below the previously launched Galaxy A10 and sits below the Galaxy A30 and Galaxy A50. The main features of the Samsung Galaxy A20 include a 4,000mAh battery with 15W Fast Charging on the USB Type-C besides its Super AMOLED Infinity-V display. Read more about Samsung Galaxy A20 price, sales platforms and more information in India.

Samsung Galaxy A20 to Rs. 12,490 price tag and it will be available in Black, Blue, and Red color variants. It was launched last week in India and Russia last month. The Galaxy A20 will be on sale for the first time on Monday, April 8 via the Samsung Online Store, Samsung Opera House, major e-commerce sites, as well as retail stores. At the time of publication, the smartphone was not yet listed on any of the above-mentioned portals, and Samsung has not disclosed a precise time for availability.

Samsung Galaxy A20 runs on the Android 9 Pie with the company’s UI. It sports a 6.4-inch HD + (720×1560 pixels) Super AMOLED display, which is a Waterdrop, which follows the company’s Infinity-V display design language. The Galaxy A20 is powered by Octa-Core Exynos 7884 SoC, with six high-power cores at 1.6GHz and six efficiency cores with clock speeds of 1.35GHz. The Galaxy A20 will be released in single storage configuration with 3GB of RAM and 32GB onboard storage. Storage can be extended through the microSD card (up to 512GB). For the latest updates and details, you can visit www.indiatimelines.com.

In addition, the smartphone packs a rear-mounted fingerprint sensor for biometric authentication. Galaxy A20 is equipped with a 4,000mAh larger battery, along with Fast Charging support, with USB Type-C port. It measures at 158.4×74.7×7.8 mm. 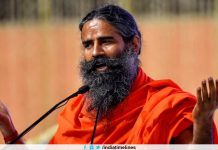 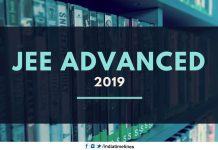 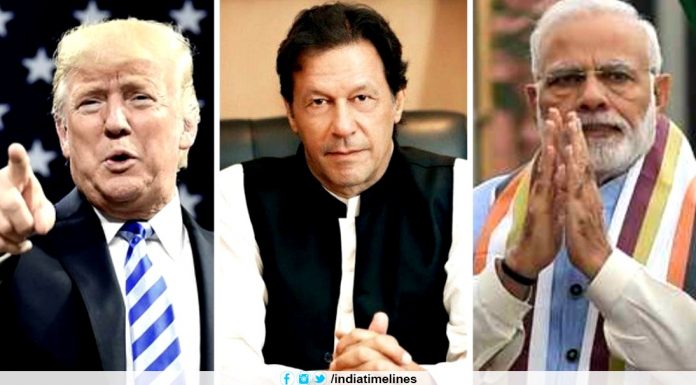