The bad days of the Islamic State, which terrified the world including America with the bombings at Kabul Airport in Afghanistan, have now started. Where was America going to sit silent after losing 13 of its soldiers in the blasts at Kabul airport? Now he has started taking revenge on the terrorists. A day after the Kabul attack, the US carried out an airstrike against IS terrorists in Afghanistan and killed the planner of the attack. In this way, the US took revenge for the death of 13 of its soldiers from ISIS-K within 48 hours of the Kabul blast.

According to the Pentagon, the US has killed the mastermind of the Kabul terror attack by drone bombing an IS base through an unmanned plane. A spokesman for the US Central Command said the unmanned airstrikes took place in the Nanhar province of Afghanistan. The spokesman said that initial indications indicate that the target (the mastermind of the Kabul attack) had been killed, while there were no civilian casualties.

Biden did what he said

On Thursday, 13 US Navy personnel were killed and more than 169 people were injured, mostly Afghan civilians, in a suicide attack in Kabul. Only after this, US President Joe Biden warned the terrorists that he would definitely avenge this Kabul blast and find and kill the conspirators of this attack. He said while getting emotional in the White House that we will not forget or forgive this attack, we will find and hunt terrorists.

Let us tell you that earlier the US had warned of another terrorist attack at Kabul Airport. Not only this, the US Embassy had issued another advisory for its citizens and they were asked to leave immediately due to security reasons. The US embassy asked its citizens to avoid traveling to Kabul airport. Also said that those who are at Abe, East, North and Ministry of Interior gates should leave immediately.

The US embassy in Kabul issued a statement on its website saying, “Due to security threats at Kabul airport, we continue to advise US citizens to avoid airport travel and to stay away from airport gates.” US citizens who are at the Abbey Gate, East Gate, North Gate or the New Ministry of Interior Gate must leave immediately. Let us tell you that even before the Kabul attack, the US Embassy had issued a similar warning. But this latest warning comes at a time when the security team of US President Joe Biden has warned that there could be another terrorist attack in Kabul. The US President has been told that there is a possibility of another terrorist attack in Kabul and due to this, security is being increased at the airport in the Afghan capital.

A suicide attack threatens another blast at Kabul airport. America said that terrorists are planning a big conspiracy. Britain and Sweden have also expressed fear of attack. According to the American Broadcast Company, there may have been a car or rocket explosion at the North Gate. At the same time, flights were restored from 12 noon on Friday after 16 hours from Kabul amid the threat of danger.

When the threat of attack:

The US said that more attacks are expected before Tuesday’s deadline for the withdrawal of foreign troops. The head of the US Central Command, General Frank McKenzie, said he was working to stop IS attacks. British Defense Secretary Ben Wallace said the risk of attacks would increase in the final phase of the evacuation of Western troops. The US said it was the deadliest day for US forces in Afghanistan since 2011. 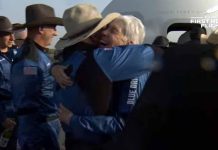 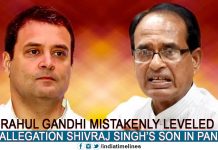