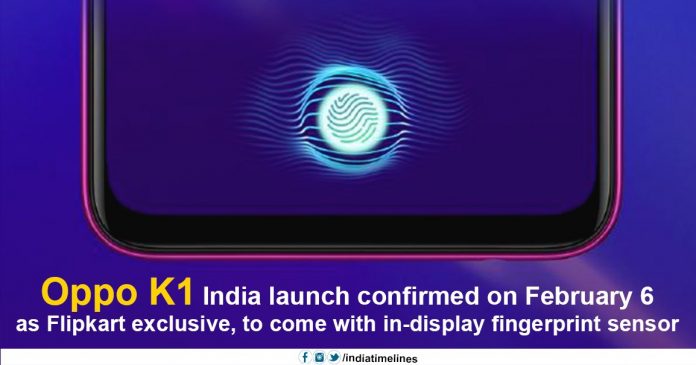 Oppo K1 India launch confirmed on February 6 as Flipkart exclusive:- Oppo K1 India Launch has been confirmed by the company and when it has the facility of In-display Feedprint scanner, the oppo K1 was launched in China last year, whose prices had roughly started at RS 16,900.

Oppo is fully prepared to release the Oppo K1 in India. The Chinese smartphone maker has partnered with Flipkart to present the device in the Indian market. Oppo K1 has already been launched globally and now it will be exclusive in Flipkart in India on February 6, 2019, at 12 noon. The key features of the handset include a 6.4-inch Full HD + display, 6 GB RAM, a 25-megapixel selfie camera and in-display fingerprint sensor. Oppo K1 is the only smartphone in the Chinese smartphone manufacturer’s portfolio, which will launch its first online smartphone in India.

In addition, the Oppo K1 company is in the process of offering two smartphones. With a pop-up selfie camera, one can be called as Oppo R19 and the other can be said with a hidden selfie camera, which is to be dubbed as Oppo Rx 17 Pro. However, no confirmation has been made about the name of upcoming Oppo devices.

Oppo K1 will provide a full-HD + display with a 19.5: 9 aspect ratio and a 3D glass back [6.4-inch (1080×2340 pixels) full-HD + display. It is operated by the Octa-Core Qualcomm Snapdragon 660 processor, clocked up to 2.2GHz and coupled with 4GB RAM and 6GB RAM variant options. In addition, the device will run Android 8.1 Oreo at the top of ColorOS 5.2. For storage, the device will give 64GB of internal storage, up to 256GB expandable via MicroSD card. In addition, it will have an in-display fingerprint sensor and 3,600mAh battery.

For optics, Oppo K1 will play with a 16-megapixel primary sensor and 2-megapixel secondary sensor LED flash. At the same time, there will be a 25-megapixel camera sensor. Connectivity options will include Wi-Fi i 802.11 a /b / g /n /ac, Bluetooth 5.0, GPS / A-GPS, 4G VoLTE and GLONASS. 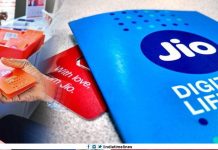 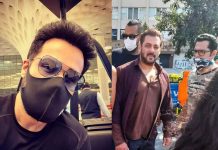 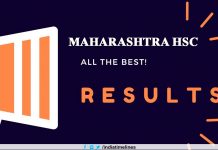 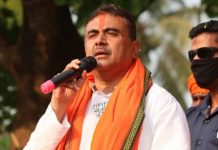 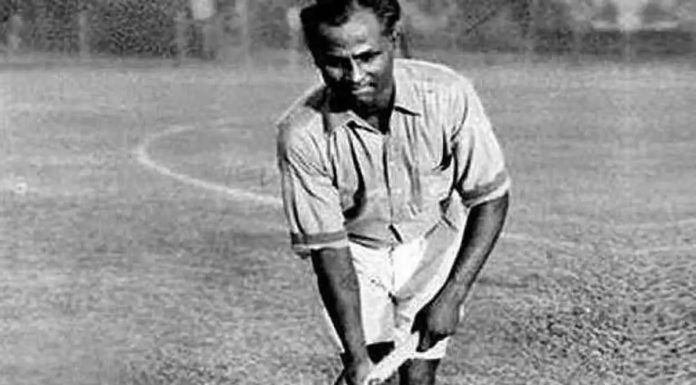