Left out of PM’s meeting without giving any reason, Center denying Mamta’s allegations- The cyclone may have subsided, but due to the delay of half an hour with Mamata Banerjee in the review meeting of PM Modi, the political storm continues over Alapan Bandyopadhyay. According to sources, the central government on Tuesday defended its move to summon former West Bengal chief secretary Alapan Bandyopadhyay and termed his transfer order as “constitutional”.

Central government sources told news agency ANI that the order is completely constitutional as the chief secretary is an All India Service officer. He neglected his constitutional duties, as a result of which he did not appear before the Prime Minister nor did any official of the Government of West Bengal attend the review meeting of the Prime Minister. Indeed, former chief secretary Alapan was summoned for central deputation after he failed to make a presentation to Prime Minister Narendra Modi at the review meeting after Cyclone Yas last week. According to sources, he left the meeting with the Chief Minister without giving any valid reason.

Former West Bengal Chief Secretary Alapan Bandyopadhyay, who did not attend Prime Minister Narendra Modi’s meeting on Yas storm, was summoned to Delhi and was supposed to report to the Department of Personal and Training in North Block at 10 am on Monday, but he did not come . The very next day he announced his retirement from his post. Alapan Bandyopadhyay on Monday retired as the Chief Secretary of Bengal and is now the Chief Adviser to the Bengal government. The Center then accused Mamata Banerjee of shielding Alapan Bandopadhyay from disciplinary action.

Sources said the retirement of the Chief Secretary shows that Mamata Banerjee is on the back foot. She is aware that the facts of the case are against the Chief Secretary and her behavior was such that it would invite strict disciplinary action as she is an All India Service Officer and it is her duty to ensure that the review meeting is held as per schedule. All India officers are not expected to be a part of politics. Mamata Banerjee knows all this and her retirement is the last bid to save her.

Sources further said that from requesting the Prime Minister to confirm the extension of the Chief Secretary for three months to retiring him now, Mamata Banerjee has taken a major U-turn in a matter of hours. Earlier, West Bengal Chief Minister Mamata had called the Centre’s move regarding the former chief secretary a unilateral order and argued that the order was legally “untenable, unprecedented, unconstitutional”. He alleged that the decision was taken without consultation with the state.

The Union Personnel Ministry also issued a show cause notice to Bandyopadhyay for not reporting to the Department of Personnel and Training (DoPT). Mamata also questioned the Centre’s decision to transfer the former chief secretary on central deputation as he recently got an extension of three months.

Central government sources said the Indian government had agreed to extend the chief secretary’s service, indicating that the Center is working with West Bengal in full cooperation and without malice. Government sources also denied other allegations made by Chief Minister Mamata Banerjee that she was not informed about Prime Minister Modi’s meeting on time. Sources also said that the Prime Minister did not allow Mamata Banerjee to leave the meeting, as she had claimed.

Sources said Mamata Banerjee had agreed to attend the meeting. However, he changed his mind after learning that the Leader of Opposition (LoP) was going to be a part of the meeting, which he has also mentioned in his letter. So it is clear that his pre-scheduled schedule was not an issue. This was also confirmed by the Governor of West Bengal, who tweeted that Mamata had told him that she would boycott the meeting if the Leader of the Opposition attended the meeting. 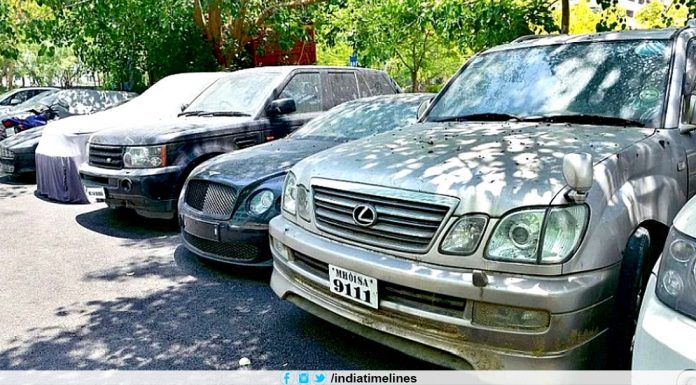 Country’s 5 safest cars: They got 4 and 5 star ratings during crash test