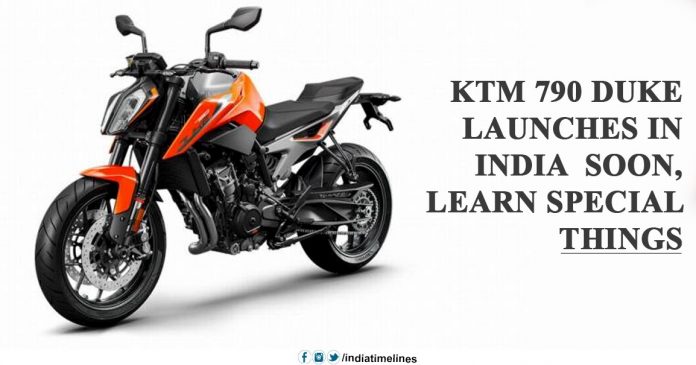 KTM 790 Duke to launch in India by early 2019:- The KTM 790 Duke can be launched in India in the range of Rs 7-8 lakhs. It has also started booking on some dealerships of the company.

New Delhi: KTM is in the process of launching its strongest Sport-Naked Bike 790 Duke in India. The KTM 790 Duke was recently seen at Bajaj Training Facility near Pune, from where some of his pictures have been leaked. Reports have claimed that bookings of the KTM 790 Duke have also been started on the company’s dealership.

The official launching date for this fighter bike of KTM is yet to be announced. It is believed that the price will be between Rs 7 lakh and Rs 8 lakh. This bike is based on a tubular steel frame. It has the facility of the cast aluminum subframe and swing arm. The bike has a twin-pod LED headlamp, digital instrument cluster, a stepped seat and a single undersea exit. 790 Dosage Front is given upside down forks and monoshock suspension in the rear.

The KTM 790 Duke has 799cc, Parallel Twin-cylinder engine, which generates power of 105hp and 86Nm torque. The engine is equipped with a 6-speed gearbox. Talk about breaking, then its front has a 300mm twin-disc setup and 240 mm single-disc at the rear. The bike is equipped with dual-channel ABS, track mode and traction control features. The weight of the non-fuel bike is 174 kilograms. It is believed that the company will launch this bike soon.

Suspension duties are managed with open cartridge hooks of 43 mm, in which there are 12-phase preload adjustments with front and gas-assisted monoshock, both are developed by WP. To bring the motorcycle to a stop, the KTM has equipped with dual 300mm front disc and 240mm rear disc, with dual-channel ABS standard.

In 790 Duke, ground clearance of 186 mm and seat height is 825 mm. The capacity of the fuel tank is pegged at 14 liters, which means that you have to stop the fuel continuously. As for the facilities, the 790 Duke gets motorcycle stability control with corner ABS, SuperMoto mode to isolate the rear wheel ABS, motor slip regulation to improve the engine, while decelerating, two-way quick-shifter and Looks like TFT similar to TFT. 390 Duke

Ride modes include Sport, Street, and Rain, which manages interference with the traction control system. There is also a track mode that hosts other features like anti-wheeler control, launch control, traction control spin adjuster and throttle response.

For more information about the launch, booking, and pricing of the 790 Duke, stay connected to the Indiatimelines. 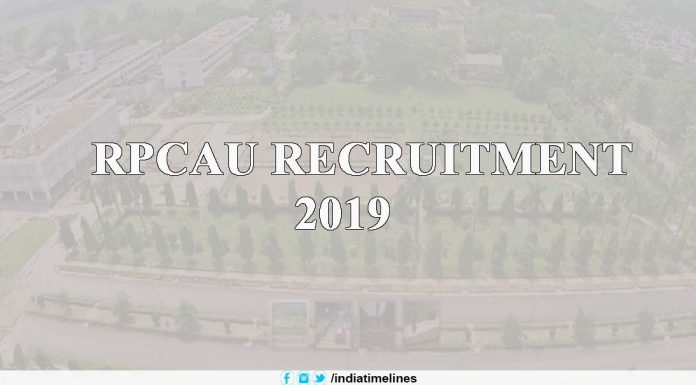 Students of universities except the final year will be promoted without exam: UGC’s new... 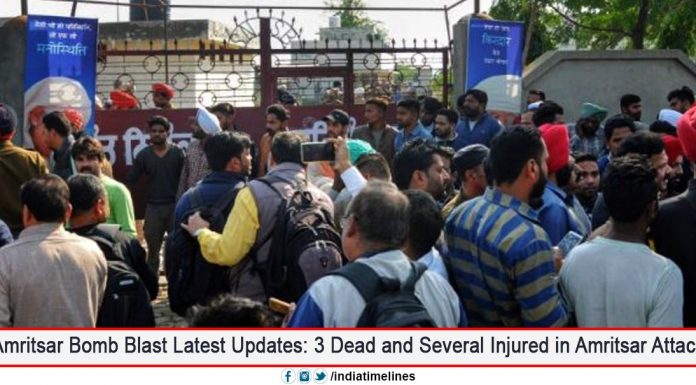