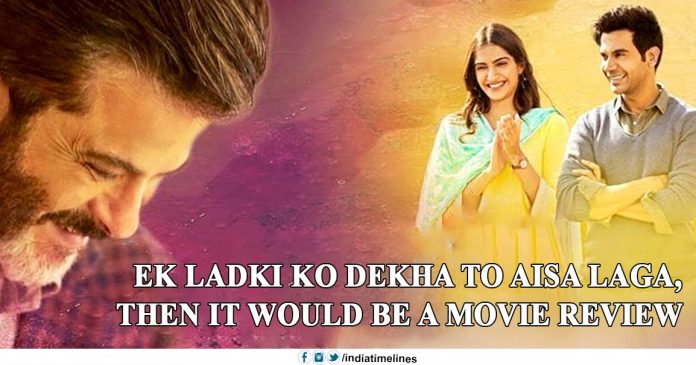 Ek Ladki Ko Dekha to Aisa Laga Movie Review:- Films such as ‘Unfreedom’, ‘Fire’, ‘My Brother Nikhil’, ‘I Am’, ‘Bombay Talkies’ have come before on gay relationships, but in September last year, by law, to eliminate homophobia from the category of crime After the director’s style Chopra Dhar’s ‘It looked like a girl,’ this issue proves not only the LGBT community but also an important film for the entire society. The emotional aspect of gay relationships has been woven strongly in the film, but their sexual orientation has not been talked about. It seems that the producer-director has taken this step to get the U.A. Certificate.

The story begins in its traditional style, where writer-director Sahil Mirza (Rajkumar Rao) gets to love Sweety Chaudhary (Sonam Kapoor) at first sight. This love goes with the cheerful and funny Chatro (Juhi Chawla) and goes to Moga of Sweety Chaudhary village, on the pretext of drama and talent hunt.Sweety Chaudhary Moga resides with her father Balbir Chaudhary (Anil Kapoor), Beeji (Madhumlati Kapoor), Veerji (Abhishek Duhan), Seema Pahwa and Brijendra Kala. Sahil picks up a variety of papads to express his love to sweetie, but he is confused at that point when Sweety tells him that he loves the girl Kuhu (Regina Cassandra), not with him or any boy is. Hamraj is his brother of this kingdom of sweety, but will Sahil be able to bear this truth? Will the society accept the acceptance of Sweety Chaudhary separating from others? For this, you have to watch the movie.

Directed by Dhar Chopra’s debut film, where he has thrown such a relationship in the story, which the law has given recognition, but the society still sees it with a clear vision. The society sees homosexuality as an indication of nature rather than the nature of the disease.

As far as direction is concerned, the film progresses slowly in the first half, but when it comes to the issue in the second half, it is interesting to be sensitive. The screenplay of the film is sluggish and with the climax being filmed, Predictable too. If the writer-director gave more depth to the relationship track of Sonam-Regina, then the film could become a status quo. 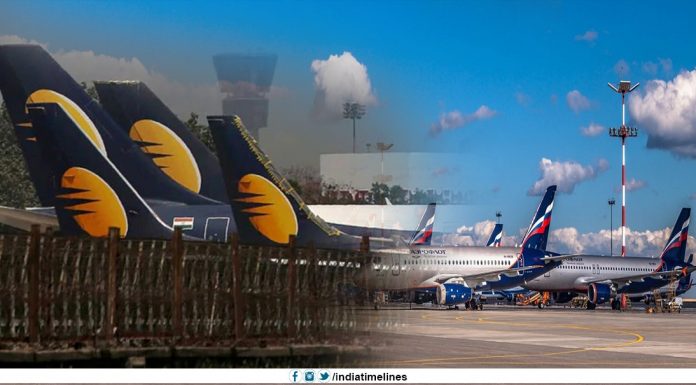