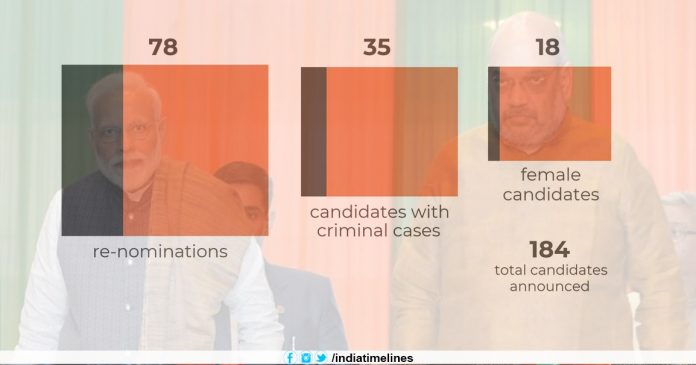 35 Leaders with Criminal Records: – Politics and crime in India are so unbreakable that the phrase ‘without a criminal record politician’ can come out as an oxymoron. And as the country is ready for the Lok Sabha elections to be held in less than 25 days, this fact goes home. Bharatiya Janata Party (BJP) released the first list of 184 candidates on Thursday. Of the 184 contenders, 35 – 19% of the total – had declared criminal cases against themselves in 2014, according to myna.info, a website which analyzes self-affidavits of candidates who fielded for the Lok Sabha are Election.

These 35 BJP candidates with criminal records are also among the 78 candidates who were also nominated during this Lok Sabha. indiatimelines.com could not analyze the other 106 candidates because they have not yet filed their nomination papers with their own affidavit, which shows the number of criminal cases lodged against any candidate if any.

However, the number of criminal cases registered against them is expected to increase, while the remaining 106 new candidates filed nomination.

Interestingly, in other BJP candidates with criminal charges, Road Transport and Highways, Shipping and Water Resources, River Development and Ganga Rejuvenation, Nitin Gadkari, the current Minister are also in the list. Until 2104, five criminal cases were registered against Gadkari. Another notable mention is that of Sakshi Maharaj. They were recording the right criminal cases until 2014. There are 18 female candidates in the BJP’s first list which will be held in the field. It should be noted that the saffron party will release another list of candidates in the coming days.

In 2014, the Association for Democratic Reforms (ADR) analyzed 542 self-affidavits of 543 winners in the 2014 Lok Sabha elections and found that the BJP led the chart with 98 winners (35%). 282, who were then facing back criminal charges. While eight of the Congress candidates were facing eight criminal charges. 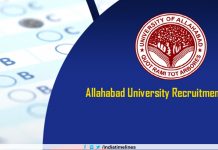 Moderna’s vaccine will come soon in the country: DCGI may get approval for emergency use