The duo was arrested while fleeing on a motorcycle from Indore to Rajasthan to “live together”. Police seized the murder weapons, a sickle, a curved machete, and Rs. 1 lakh from them which she had allegedly stolen from her home. 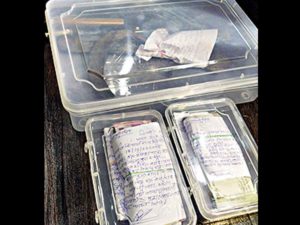 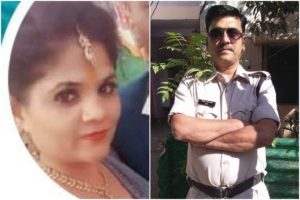 The SAF police constable and his wife were found dead in their bedroom on Thursday early morning. The family’s German Shepherd pet was found tied to the main gate, but the girl was missing, who had been seen walking the dog at 4.30 am, was missing.

The CCTV cameras at home were switched off. The girl had left a letter with allegations against her father that police couldn’t authenticate.

“The letter was an evidence against the duo to possibly involve in the crime, stating more to that the duo had already planned to sedate the slain couple but failed to arrange sleeping pills,” The duo planned the murder at least 3 days before. Multiple teams assigned working on the case. More than 50 people were questioned and police searched for the clips of CCTV cameras from 200 cameras in the area. The Lovers phones were switched off but put on surveillance, said DIG Harinarayan Chari Mishra.

A 17-year-old girl from Indore murders her parents

Police traced their location when the girl’s lover switched on the phone for a few seconds. The location blinked on the surveillance network and was immediately traced to Mandsaur-Neemuch highway — en route to Rajasthan, which is approximately 280km away from Indore. Police in Mandsaur and Neemuch districts were alarmed and a highway patrolling team nabbed the duo at night. Police haven’t disclosed the place and time of the arrest. “The lovers planned to settle down in Rajasthan so that nobody could ‘disturb and detach them’,” DIG Mishra said, adding that the objective for the murder was her parents’ strict opposition to her relationship with the 20-year-old jobless young man. The lovers said they wanted to spend their whole life together. So, they were eloping with cash taken from the lockers of the murdered constable. In a rage with her dad for not letting the girl meet with her lover, they made a detailed plan to get the parents out of the way, DIG Mishra added.

The duo planned to strike when the girl learnt that her 18-year-old brother would spend Wednesday night with their grandparents who live in a next-door house, then she immediately contacted her lover to execute the whole plan out said, the DIG.

He borrowed a scooter from an unsuspecting friend and abruptly drove to her house. The 17-year-old girl then left the doors opened the for the lover and took the dog away for a walk around 4.30 am to keep a watch outside, said the DIG.

Sure enough, a neighbour asked her why she was out with the dog so early in the morning and why there were noises coming out of the house. She told the neighbours that her parents were fighting so she came out to walk around with her dog, said police. Even her grandfather saw her walking down the streets with her dog and was puzzled, but didn’t ask her anything. Inside the house, the horrific killings were already started. Police say the boy first stabbed the mother in the head and face multiple times while she was sleeping. Her husband woke up and came under the abrupt action too. He fought back, but the blades cut deep into his head and arms, and he collapsed at once on the floor.

The girl then went back into the house after tying the dog to the main gates. Police say the duo covered the bodies with bedsheets, sat down for a while without saying a word to each other to catch their breath in rhythm, and then the girl wrote down a letter accusing her father not letting her meet with her lover.

After that, they took Rs 1.19 lakh from the lockers and then the boy returned the scooter back to his friend, got his own motorcycle en route to Rajasthan on the scooter, say police. Police have filed a case against the lovers on the basis of a complaint raised by the slain couple’s 18-year-old son and her brother.

Check out for more headlines click on the link below 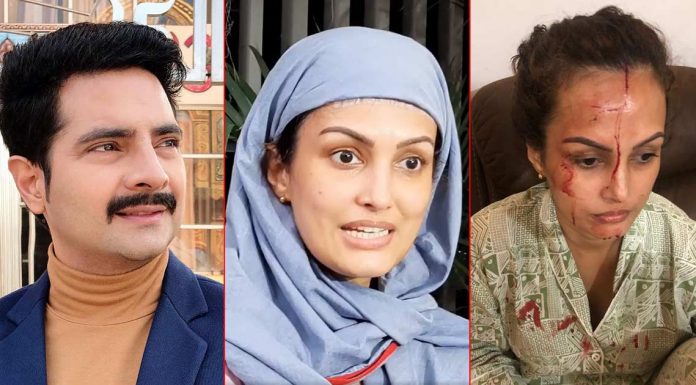 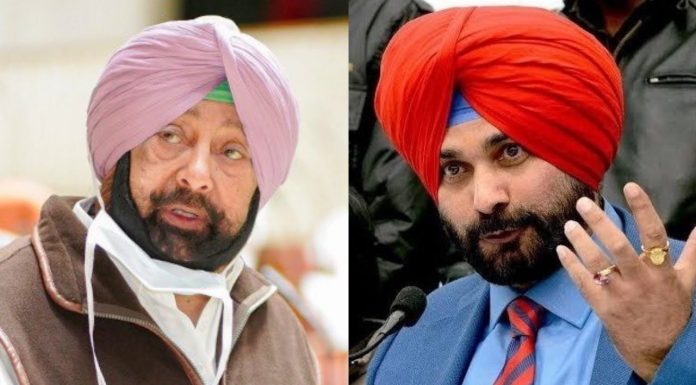