14 in Mathura and 41 in Firozabad- maximum number of children died; Dengue fever panic in UP- Amidst the coronavirus havoc, now dengue fever has scared people in Uttar Pradesh. Not only cases of dengue fever are being reported in different districts of UP, but the number of people who lost their lives due to this is also increasing continuously. So far 41 people have died due to this dreaded dengue fever in Firozabad. The most worrying thing is that 36 children are among the dead. At the same time, in Mathura to 14 people have lost their lives due to this fever. In the midst of the third wave of Corona, the manner in which children are being attacked by dengue fever, has also inflated the health departments.

According to news agency ANI, so far 41 people, including 36 children, have died of suspected dengue and viral fever in Uttar Pradesh’s Firozabad in the last few days. However, taking action after the matter came to light, Uttar Pradesh Chief Minister Yogi Adityanath ordered the removal of the Chief Medical Officer of Firozabad district. Not only this, schools were also closed for a week to prevent the spread of the disease.

Dr Sangeeta Aneja, Principal, Firozabad Government Medical Call said that so far 41 people, including 36 children, have died due to suspected dengue and viral fever in the Firozabad district. These deaths do not indicate a possible third wave of corona as none of the admitted patients have tested positive.

At the same time, a similar condition is being seen in Mathura as well. In Mathura too, 14 people including 12 children have died due to this suspected dengue fever. In charge of Corona Control Room, Dr Bhudev said on Thursday that 14 people, including 12 children, have died due to viral fever in Mathura district. Due to this, the villagers are in a panic. We have built temporary hospitals in villages.

The fear of this disease is spreading so much that more than 50 families have fled the village due to the spread of the disease in Koha village of Mathura. Meanwhile, symptoms of malaria and dengue have been found in the samples taken by the district administration and health department. The samples also revealed that diseases like dengue, scrub typhus, malaria, leptospirosis are spreading in the village. Also, teams from Delhi and Lucknow have been deployed in the village. Not only this, this disease has spread from Varanasi to many areas of UP and its patients are being found continuously. 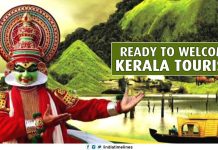 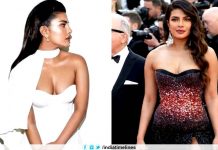 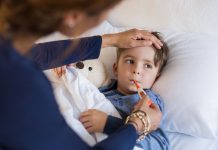